I'm currently completing 30 Days of CSS. Last week I looked at creating a simple blog layout using CSS layout with float: left and float:right. Now that I've started learning about CSS grids, I thought I'd try to replicate the solution with a CSS grid.

There is nothing layout related within this HTML, that is all held within the CSS. CSS Grid Layout works by specifying the display:grid property on a "parent" element. All of the "child" elements are then laid out in a grid pattern. The really nice feature of CSS Grid though, is that each item placed on the grid can take up and number of rows and columns in the grid and can be positioned anywhere on the grid.

The layout I want to create is shown in the image below. 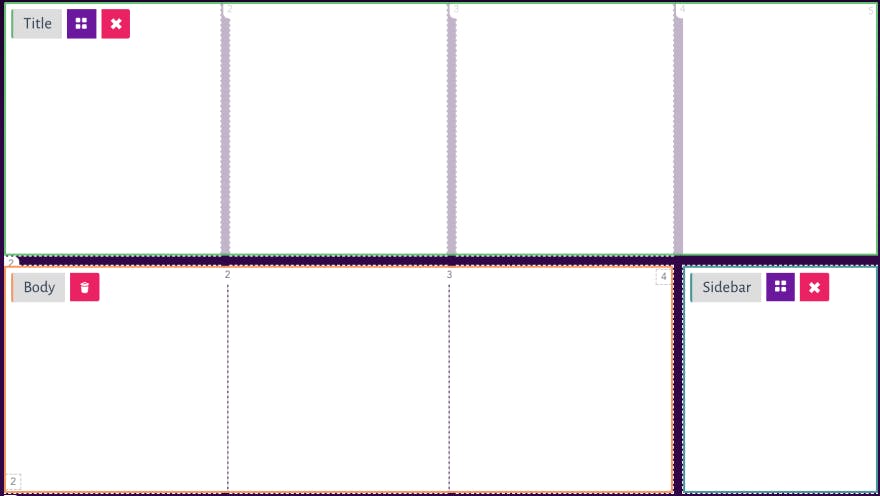 To start creating this layout, I needed to specify the grid layout in the .wrapper div:

Finally, the column-gap: 10px property states that there will be a 10px gap between all of the columns.

Next, I need to define how the HTML is displayed within the grid.

The title is enclosed in a div with class .title

The main column is enclosed in a div with the class .mainColumn

Finally, the sidebar is defined in a class called .sidebar, very similar to the main column:

This CSS states that the sidebar will fill the final column of the row (as it will be placed after the main column) and will be placed between column lines 4 and 5.

You can see the finished example in my CodePen:

I really like the CSS Grid layout. It's much easier and more intuitive than using float:left or float:right. There's plenty more that it can do that I'm looking forward to learning and practising.